Do you remember the days, way back when, when rather than locking up customers in miserable forced contracts, telcos marketed to customers?

Check out the video below.

So what changed?  Did contractual discounted hardware really impact the market this much?  Did a few dollars off a cell phone really destroy what was once a half decent service industry?

standing out in the crowd - a lesson in differentiation

I recently heard a great story from my friend's dad.  Thought I would share.

50 years ago, it was unheard of for a good Jewish mother to order in take-out for the holidays.

About 10 years later, as mothers began to go to work, they began to "outsource" many of the side dishes for large holiday gatherings.  Being the savvy businessmen that they were, the local kosher caterers and delicatessens soon realized that no matter how high they drove up their prices before the holidays, mothers would still purchase their food for their families.

At the time, my friend's father was managing a take out place.  In a Godin-esque move, he decided not to raise his prices, and to hang a sign in the window stating that "We do not raise our prices for the holidays".  While his boss fumed at his audacity, business boomed.

Key Takeaway: In a crowded market, this teenager realized that the key to marketing in a uniform market is not product innovation, but offering differentiation.

Think about the home computer market.  There are a billion and one companies offering affordable home PCs.  I myself am perpetually in the market. I've noticed a few trends.  Most notably, everyone other than Apple, is remarkably similar to everyone else (other than Apple).  It's a murky market, with a fat middle and little else to talk about (for most users).

Needless to say, the home PC market is a murky mess.

This is a market begging for a differentiator.  This is why the press loves Apple.  They are the anti-PC.

Posted at 12:19 AM in Consumer First Marketing/Media, Trends | Permalink | Comments (0)

As we bid farewell to yet another celebrity, the digital world mourns and remembers (by now predictably) by sharing viral videos of the star.  The video below made the Viral Video Chart multiple times this week.  It is time to bid an early farewell to Heath Ledger.  Video below.

So it's been a long week.  Life with my new teammate is crazy as ever (in a fantastically good way), and as always, business is booming.  After an incredibly long week, I thoroughly enjoyed the beauty and tranquility of the video below.  I don't understand quite how this works - Dolphins playing with rings of bubbles - but together with a fantastic soundtrack, this has to be one of the most beautiful videos every disseminated on YouTube.  Video below.

As portable screens get smaller and their quality improves, we may yet see a truly back to the future moment.  Wouldn't it make sense to apply a magnifier to the image, rendering a larger image off smaller screen?  I for one, consider the video below both ridiculously ironic and truly innovative.

Sure Super Mario Brothers 2 flopped.  By with the revival of classic game theme song makeovers, this title may yet be remembered in a positive light.  Check out this fantastic drummer's fresh take on an old flop.   Video below.

10 amazing quotes from MLK I had never heard.

Did you know that a president could pardon HIMSELF for war crimes?  There's got to be something wrong with that.

Video: Fox News Vs. Tech Media... swing and a miss

Warning: buckets of sarcasm below

I have a great idea.

Don't spend time with your kids.  Don't teach them your own values.

Rather, leave them with a handful of engineers, artists and geeks for a few hours every -single-day.  But don't tell these strangers that they are watching your kids, just leave them in the room and walk away.

Now let's say that some parents actually did this.  One would not think that these parents have a right to complain about the poor values being imparted to their children.  And then along comes Fox News.

Fox News seems to think that these parents are not only entitled to complain, but that the tech industry is at fault for not providing a wholesome family experience within their mature content.  It sounds rediculous, but it's true.

Check out the video below (after the jump).

Not only are the Fox pundits being irrational, but they haven't even played the game!

They are basing their arguments around an interview with someone who has NEVER ever seen the game!

Wow, talk about needing to change the channel...

For more on this rediculous video and a fairly amusing discussion around just how poorly Fox handled this interview, check out the Joystick blog coverage here.

4 Reasons to focus on New Media

During the interruptive advertising experience of commercial breaks...

Why would this be any less true when we're talking pre, mid or post-roll?  Sure, we may not channel surf in the traditional sense, but we would...

THIS is why I am working in Emerging Channels.  This is why we blog about everything 2.0.  This is the vision that drives us.  And please, please, please, share this post or evangelize this topic with your marketing or advertising friends and colleagues.  Without an industry-wide vision of the role of brands, digital marketing will see the same efficiency as traditional advertising.  We can do better than that.

Kudos to Ad Lab and Big Research for the stats.

do YOU : discover or encounter?

> Are you the kind of person/business that actively discovers that which is new?

< Or do you constantly find new things changing the way you live?

> Do you consider the future when thinking about the present?

< Or do you find yourself longing for the past, a time we'll never see again?

This is why I enjoy my job.  This is the thrill of new media.

Check out the fantastic Seth Godin video below (after the jump).    Please note that the video below was titled, edited and annotated by Nic and not by Seth.

It is said that there is nothing new under the sun, only epiphanies into that which we already know.

Thanks Seth, for this fantastic perspective. 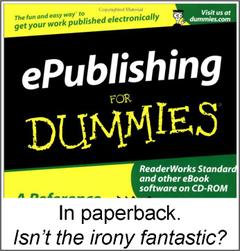 Firstly, the wonderful community that has brought us The Age Of Conversation is teaming up once again on a new community book effort... and this time, I'm not sitting on the sidelines.  If you would like to join an elite team of fantastic authors (including yours' truly) on the next big publication to hit the social-media-sphere, sign up over at Drew's blog here.  Looking forward to seeing you all there.

In other eBook news, the wonderful Ardath Albee has just released a great FREE e-book on Catch Factors. What is a catch factor?  I'm so glad you asked!  You'll have to head over there to check it all out!

Just kidding!  A catch factor is the scoring process by which a marketer should be determining the level of influence and subsequent importance of their own communications to their target constituents.  Now, if that didn't make any sense to you, please read Adrath's definition below.

Catch Factor's Defined - in the author's own words

Catch Factors are the preferences and aversions that form a lead’s “gut” reaction to your communication. They help determine whether you capture your audiences’ attention—or not. They include split-second assessments about their urgency for your information (e.g. does it apply to a real problem they have right now), whether or not you can impact their professional success, the effort required to access and process the information, and, finally, on their perception of your company’s reputation and intent. The importance a recipient places on each of these five Catch Factors affects the attention you get—and the downstream revenue results.