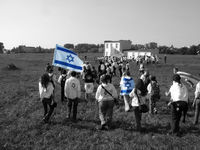 In a war, everyone has a story to tell.  For the first time ever, we are witnessing the first true digital social war.

The Israeli Government and friends of Israel are working tirelessly to share, inform, converse, gather, socialize, advocate and persuade.  While diplomatic channels may be closed, the web is always open.

From a marketers perspective, war is the ultimate PR nightmare.

Israel the brand looks to be gearing up to face this head on.

What do YOU have to say? #gaza #askisrael #sderot #israel 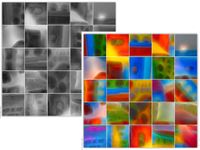 There are four typical types of powerpoint presentations -

A) The Installation Manual - if you shrink the font you can fit more words on a page!
B) The Minesweeper - who doesn't understand a simple 30 by 30 grid?
C) The Subway Map - following the flowchart to hell
D) The Image Inspired - MoMA inspired guru creates artistic statements that show his/her brilliance rather than transmitting ideas.

We've all been there.  The colleague who asks for more charts, the manager who asks for more detail and the creative guy who demands that you utilize his icons and images, most likely stock photos we've all seen too many times, or Creative Commons images taken/stolen from Flickr.

A presentation is not a series of powerpoint slides.  It is a presentation.  Powerpoint is just a tool to help illustrate a story.

Your presentation should have two purposes -

If your slide doesn't serve one of these two purposes, rethink it.

Your grids may be brilliant.  Your images may be remarkable.  Your flowcharts may convey details we'd never considered.  And each of them have a place.

Is that place in:

Each of these three environments should have their own tone, story and yes, presentation.  Choose your weapons wisely.

Think back to the days before you had powerpoint. Think back to your family get togethers when as a kid you were forced on "stage" to "perform" your latest skill - ballet, gymnastics, karate, piano, singing, dance... you didn't need powerpoint to tell your story.  You conveyed your information differently, creatively.  The boardroom expects powerpoint.  But that doesn't mean you have to be tied to convention either.

Don't look at power point as a format or a canvas.  Look at it as supporting media.  Your slides don't tell your story in a live presentation.  You do.  Keep your slide short, strong and punchy.

You cannot tell your story on your own terms in a printed handout.  Your slides may have to do the talking.  Build appropriately.

I could not have made this blog work without you.

Your clicks, comments, emails, subscriptions, links, conversations, tweets, all of it.

Without your support and feedback, this blog wouldn't be here today.

My career would not be where it is today.

The opportunities presenting themselves would not be here.

And as always, never feel shy about commenting, tweeting or emailing me.  This is a new industry, this new media/emerging channels/innovation field we call "work".  Whether you're new to the game and looking for some introductions, a big time player looking for an introduction to someone I know on LinkedIn, or a brand, agency or consultant looking for some shared impressions regarding a vendor, I will help out however possible.

Thanks for a great 18 months!  Looking forward to many more!

So eMarketer has reported that digital video ad spend will grow.  Shocker, right?

But to say that online ad growth means good times ahead for YouTube, or that this is bad for TV ad sales is a mistake (CNet report here).

The fastest growing, most advertiser friendly videos on the net are studio produced, often made-for-tv content.  Nevertheless, there are terabytes of UGC video waiting to be monetized.  This suggests that there are four potential avenues of online video advertising growth.

1. Hulu and YouTube's studio content explodes, bringing along ad revenues.
Will it be in professional video monetization in digital channels (ala Hulu)?  Will YouTube's efforts at professional studio-produced video pan out?  What video formats will YouTube run against true professional content?

2. We'll figure out how to advertise against UGC
Or could this growth be in UGC?  Will YouTube crank out a new technology that allows safe brand advertising over their massive virtually untapped UGC library?

4. Pirates will drive revenues
Sounds crazy, right?  If YouTube were to embrace piracy along the lines of MySpace, utilizing Auditude-type technologies to detect studio content and serve studio backed advertising against this content, YouTube would open up new worlds of revenue, introducing a viable channel for legal user uploads of copyrighted content.  Industry changing, right?

Sure online video ad spend is set to grow.  But where?  How? 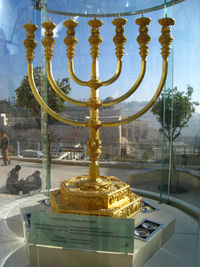 To some, this is a season of custom, of tradition. To others, it's a time to celebrate. To many, this is a time for chinese food.

To me, Chanukkah is an incredibly vibrant and inspirational holiday, all too often drowned out by the hype, the "tradition", and not the practice and the joy.

So in the interest of bringing some strong positivity, some living inspiration to this holiday, here are 10 little known facts about Chanukkah.

Whether it be helping a stranger find a job, greeting everyone with a smile or lighting the menorah, this is the time of year when we rethink, re-evaluate, rekindle and re-inspire.  Special thanks to all of my friends, teachers, Rabbis and family for inspiring me with a love of Chanukkah, a love of torah, a love of life... beyond Chinese food.

And if you're ever looking for some REALLY good kosher chinese food, please feel free to reach out.

OK, so first off, I'll admit it. I read Time and Newsweek.  There are times when I find their articles intriguing, educational or provocative.

But this week, Newsweek was off the mark in a really grand way.

In their recent "The New Global Elite" issue (dated January 5th) they ran an article comparing Ink Versus Influence.  What struck me the hardest was their Twitter Versus Newspapers comparison.  To quote -

Twitter
The dumbest innovation of the century? Memo to tweeters: we don't care what you think.

Newspapers
Yes, print is troubled and some urban dailys are doomed.  Still, on a screen or on dead trees, nothing shapes the conversation like facts.

Firstly, I searched Newsweek.com, this article isn't even on the web.  Irony...

Secondly, I can't help but wonder what this factoid is hoping to convey?

A quick search of Newsweek.com reveals no less than 52 results, 45 of them in the past year alone.  So I guess they were at least partially responsible for throwing Ink at this "dumb innovation".

Furthermore, their second is assertion is that Newspapers contain... facts, while Twitter contains... something else.

During the recent Intifada, the NY Times ran a picture my neighbor from Long Island, a kid I went to school with, on their front cover, reporting that he was an Arab teen fleeing the Israeli Police who had beaten him bloody.  In reality, he was a Jewish American student studying abroad who was beaten beyond recognition by an Arab mob in the days before Yom Kippur.

Sure, newspapers are held to a higher standard than rumor-rich social media.  But twitter is not a fad anymore than speaking with one another.  Twitter may or may not be the next big thing (though the numbers do look promising).  But it is a rich platform, and one I wouldn't be as quick to dismiss.

So is Twitter an irrelevant, over-hyped fad?  Not today it isn't.  I'm content with the fact that millions of people are talking.  CNN and Fox News a regularly reporting on Twitter buzz and rumors (as is Newsweek).  Brands are turning profits, direct ROI, via Twitter.  I have met hundreds of interesting people on Twitter, and continue to do so on a regular basis.   I have been recruited through twitter, I have recruited others via Twitter, I communicate with friends, family, clients, partners, vendors and startups on Twitter.  This isn't to say that Twitter is an evergreen platform.  But I wouldn't label them the dumbest innovation of the century.

So Newsweek, even if you believe Twitter is over-hyped, why would you turn your back on an open marketing channel, on millions of conversationalists?  What do they stand to gain?

- - - - - -
disclaimer: I'm generaly a fan of Newsweek and will continue to read this publication. I agree that Twitter is overhyped and misunderstood, I'm just not ready to write it off.  And anyone who is, is clearly missing the core values of information flow in the digital dynamic.  Let's hope this was the lone view of one contributor and not representative of a broader company perspective.  On that note, the views represented in this post are solely my own and not of my employer or their parent company. 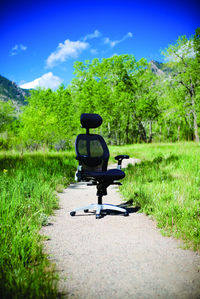 So everyone wants free media.  But twitter isn't free media, it's a tool/platform that can enable or enhance your marketing via earned relationships.  So what does it take to earn some relationship gold?

Inspired By:
How to Use Twitter as a Twool
Looking for Mr Goodtweet, How to Pick Up Followers on Twitter
Great Examples of Corporate Twitter Use (Jennifer Laycock)
Corporate Twitter Entities - Yay or Nay?

Winston Churchill said it best: The truth is incontrovertible, malice may attack it, ignorance may deride it, but in the end; there it is.

So what are the hard truths of social media?  I was going to write my own list.  Then I came across Matt J MacDonald's.  And his were far better than mine! Check them out below.