the future of content isn't in apps... it's inspired by AvantGo

However, while the economics, utility and ease of interactivity in apps are sorely lacking, so is the mobile web experience in browsers such as Safari.  While our mobile web hardware experience continues to improve, our mobile network performance continues to fall.  There just isn't the infrastructure to support the mushrooming market of incredibly web capable if not web centric mobile devices.  (Not to mention that a good deal of my commute is spent with minimal or no web access on both airplanes and the NYC subway system.)

While I would love to believe that the future is in the browser, my battery life and data pipe dictate otherwise.  But there is a way to have you cake and eat it to.  And this future is not about the app or about the browser, it's about the offline cache and on-demand-sync.

AvantGo had a brilliant product.  While my Palm Pilot had no mobile web connectivity, AvantGo saved a "cached" version of my web subscriptions to my devices.  AvantGo even remembered where I had clicked and where I had changed my subscriptions, and updated the experience every time I synced.

This will be the future of our mobile device content experiences for at least the next 5-10 years.  By allowing users to download and interact with content including magazines, newspapers and even broadcast television programs, hard-coding interactive ads into the downloaded content, and enabling sync-on-demand based digital interactivity around the content, users and content owners get all the data, subscriptions and access we need without draining our batteries or crippling our struggling mobile infrastructure.

The future is in the web app.  But it's not going to be reliant on rich mobile web access.

While Google Gears may have been just another Google project, Apple's ability to bring this mode of interactivity to their devices will define their role in the non-app driven mobile content ecosystem.

Nothing slows down a good presentation like waiting for a YouTube video to load.  There is a better way.

It's simple, but it works.

behavior is the new social

I don't know everything, but I do know that the days of the term social as a shiny-business-object are limited.  Every agency claims to hold the secret sauce and every consultant claims to be a guru.  The market is over-saturated with talk.

And so...I present to you: New Behavioral Marketing.

Philosophy of Measurement: NMB measurement looks at the purchase funnel as a series of loops.  Rather than focusing on sales alone, this model measures both consumer behavior and mindset on a continuum that exists long before and long after the sale.  Think of this as similar to grabbing the golden ring while going around on a carousel.  Not every aspect of the ride is about grabbing that ring, and most of the time that ring is out of reach.  Whenever you're close to the ring you know you want it.  If you can't grasp the ring this time around (whether it's because you're too high or too low or even just moving too fast) you'll likely be trying to grab it on your next go around.

More to come in the days ahead.

note: I use the term "new" in New Behavioral Marketing because so many companies confused marketing with targeting and abused the term way back in 2005.

Litmus Test: Is you brand social voice really your brand's? 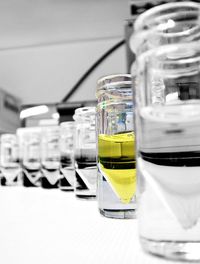 To be honest, most creative in social is weak.  Driven by generic insights like Moms love their children and wish they had more time and energy, they develop generic briefs along the lines of Connect and empower advocates by inspiring peer connectivity and fostering community via unique content and interactions.  Blah blah blah.

Stale briefs lead to stale creative.  Good brands aren't generic, or they would be generic brands.

Here's the litmus test: If I can pull your brand name and insert your competition's name then your social voice isn't your brand's.  If the community doesn't care then it's not social.

Every four to six months another of these videos is released.  Please see the latest below.

The numbers dictate that brands must participate.  They don't define how, nor do they promise your success.  So please, use videos like these to inspire a real discussion about business strategy.  At the end the day success will be driven by real strategy, not a shiny number.

Numbers can be misleading.  99% of the people on the planet listen to some type of music.  But this doesn't mean your brand needs an audio strategy.

Whether it's Zynga's astronomical "market value" or FourSquare's skyrocketing audience, one can't help but wonder whether these are truly strong platforms, or sparks of inspiration that will flame out in the absence sufficient utility to sustain user engagement.

Social game dynamics have two things going for them: the traditional hook and addiction of game dynamics, and the drive, amplification and distribution of social dynamics.  Together, they are a powerful force.

Social game dynamics will draw in a user and hook them.  Game dynamics will capitalize on basic human drives to foster addiction to the experience.  They foster the desire to push a little bit harder to achieve that reward that seems just beyond your reach.  And once you achieve that reward, you see the next, and it looks enticing, because that reward is just a little bit further than the last one.  Social dynamics make these singular actions into a community of addiction and drive.

To be fair, I am a self-labeled Zynga addict.  I checked out Farmville way back when it started to gain momentum (almost a year ago), and somehow ended up addicted and heavily engaged.  I was a level 40-something farmer with all the friends and neighbors I needed.  But at a certain point, it just stopped being fun and entertaining.  The rewards weren't within reach, and the tasks became chores.

It interrupted my life without adding anything to it.  And therein lies the challenge of a platform built on game dynamics with limited real utility.

In the short term (one year) Farmville has been a smashing success.  But in the longer picture, how much will users really continue to care about being the mayor of the coffee shop, or an astronomically high level farmer?  At a certain point, the rewards will appeal only to a dedicated group of aficionados, while the rest of the world will go on humming.

Blizzard Entertainment has done a great job maintaining and growing their deeply engaged community on World of Warcraft, in part by continuously adding richer engagements and new opportunities.

But can a simpler platform maintain this level of caffeinated excitement on these dynamics alone, without polluting their simplicity with richer complexity?

Do any of these platforms demonstrate long term viability in their current state?

At a certain point, even the behemoth of a driver that is the combined social and game dynamics runs out of steam.