Honestly, what is honesty of identity? 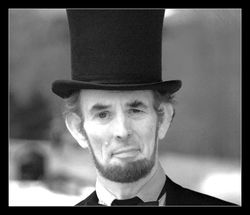 WOMMA and the FCC have set standards that demand honesty of identity.  I would suggest that this is dependent on the user expectation when interacting with this account.  Unfortunately, this isn't quite a hard line and I have found many in this industry who different answers to the questions below.

What do you think? 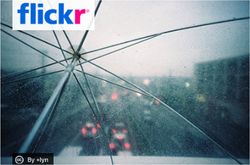 Facebook is already the world's largest photo sharing site.  Everyone and their aunt are actively "photo-blogging" everything, from our vacations to our work events to our personal lives.  Facebook has most of us photo sharing and commenting.  In a world full of Facebook, who needs Flickr?

Facebook could easily mimic much of what Flickr offers with stronger licensing, subscription and search options.  But the rich community resident on Flickr isn't going to jump ship overnight.

Should advertising be accountable for total sales? 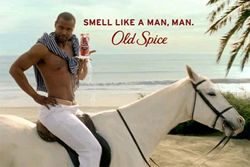 Media, creative, planning, research, strategy, retail agreements, shelf placement, pricing, packaging, customer service, brand health, not mention product... there are too many variables to hold any one agency fully responsible for the net number that is total sales.

But when business is bad, those in power look elsewhere for solutions.

After a week of praise, Old Spice's recent campaign began drawing criticism for a 7% sales decline.  Punditry opinions ranged from advertising doesn't work through too funny to sell.

While a 7% sales decline isn't great, let's put this in context:

Wieden + Kennedy did some great work here.  They pushed the boundaries, got us talking and elevated the brand overall.  They drove the upper funnel.  As a branding agency, they seem to have done a pretty good job building the brand.

Update:  BL Ochman raises a great point around continuity.  While this campaign featured their YouTube Channel, Facebook page and Twitter, a strong measure of their long term success will come from their ability to leverage the CRM opportunities nested in these channels.  Then again, there's nothing wrong with a really great, old fashioned campaign that is fun for fun's sake. Campaigns may not be optimal, but in a world of short product life cycles, they aren't always quite wrong.

What this a failure?

We cannot call this campaign a failure because ww simply do not have enough information.  To pass judgment on the entire industry based on this one data point (as many in social have been quick to do) is simply foolish.

The Best Stats of All

Now what does this say about us?

Anyone can throw up their own Facebook "Like" page for a local business or major brand.  But few brands are really tapping into the scale of Facebook.  Marketing to individuals at scale isn't easy.  Conversational marketing to real people at scale is even harder.

Don't let the numbers fool you.  500 Million people are talking.  But rarely about you or to you. 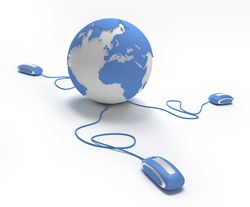 To put this in perspective,

Marketing is the realization of that potential.

The nirvana of movement development is to reset the social norm.  To create a shared experience so massive and scaled that it resets the status quo.  With 500 million active members, Facebook is now the status quo.  It is the platform of choice.

Do marketers need to be there?

Only if they have a movement worth joining or at least a conversation worth having.

What does this mean to US brands?

Your domestic marketing isn't the be all and end all.  It's time to think socially, globally.

What changes when marketing to millions of individuals at scale?

Show and Tell is the basis for the entire media/PR industry.  A great talker or sincere conversationalist can inspire and empathize.  Talk is very important. Talk works.  But even the biggest ad spend or social inspirational effort cannot sell a clearly broken product.

So what's an agency to do when they are tasked with selling a broken product?

Inspired by the video below.

where does farmville go from here?

FarmVille is the fun and incredibly addictive Facebook app/game that just won't quit.  With over 60 million active users, it is by far and away the most popular app on Facebook.  Users are checking in daily and generating incredible revenues both via affiliate offers via virtual goods and affiliate offers.

Why is FarmVille such a success?

The Game Dynamics of a Cult FarmVille

Like all great experiences based on Game Dynamics, FarmVille is setup like a cult.  It's easy to try and easy to get hooked.  You repeat basic meaningless tasks until it becomes a habit.  Your first session is instantly rewarding and you feel like you are really great at this.  As you progress, you not only engage your friends who support your behavior, but you are constantly tracking your progress.  As time goes on each step becomes increasingly more difficult.  Six months later you turn around and you find yourself selling the kool aid to friends and family.  And this is when they hit you up for the money.

FarmVille is the penultimate cross platform experience and the case study for building a flexible Facebook driven experience.  While users interact with the same core experience in Facebook, on FarmVille.com or on their mobile (iPhone) each platform has it's own unique offerings.  Notifications blast out via email, app reminders keep your pocket buzzing and pressure from friends to assist in their farm development keeps users plugged in.

What's next for FarmVille?

Six months later, FarmVille has become a chore for many.  Weekend planning includes timing your breaks so that you can harvest your crops before they whither.  You already have the largest possible farm and have already invested in self-expression, designing and redesigning your farm, purchasing multiple houses and buildings.  And so you begin to burn out.  After all, why would you stay?

Just a few months ago FarmVille was clocking in at over 100 million users.  They are now down to 60 million, which is itself nothing to sneeze at.  In this time Facebook changed their application publishing capabilities, making it harder for apps like FarmVille to flood user's walls with news of their friend's activities.  But to be honest, I think those of us who had their fun eventually grew tired.  I know I did.

The brilliant marketers at Zynga are continuing to explore the worlds of co-marketing with 7-11, virtual currency gift cards at retail, featured crops with General Mills, sponsored bonuses with Bing, payment with Facebook Credits and mobile with their iPhone app.  They are moving forward with innovations at a breakneck speed.

Is this format of simple social gaming really optimal for mass audiences for a prolonged period of time?

Can simple social games maintain their user's interest for more than 4-8 months?

If they can't, how soon is too soon for game developers to begin introducing marketers to the mix?

The value of a fan

Facebook fans have value.  But I hesitate to trust any studies that quantify a universal value equation.

Facebook fans has value.  However, the actualization of the potential value of a fan will define their actual value.

There are four layers of value in having fans:

Best case scenario, your fans are really interested in your product as well as your content/conversations.  These fans will engage with your content pretty regularly, or at least often enough that Facebook deems your updates relevant enough to display in their News Feeds.  The value of these fans relates to both their value to your brand as an engaged customer, as well as their value to the community as a participant/contributor.

Distribution Value is nothing to belittle.  This equity falls into two categories.

(A) Incidental Distribution: When a fan engages with content or in conversations on your page this activity will be visible to their relevant social circle, increasing the organic fan growth and media-type exposure opportunities.

(B) Purposeful Distribution: The nirvana of creative is to inspire fans to share with and recruit friends.  This active decision to share drives strong relevant growth.  This is advocacy.

It's not a fan until a group of people are doing it.  As more people participate in or join a community in a socially visible manner, their friends become more likely to join.  If I see an item in my News Feed that calls out that my buddy Joe joined a brand page and 20 of my friends are also fans I will be far more likely to join.  This isn't just because I respect Joe's opinion, but because I feel like my friends are all in on it.  This concept also works for Facebook ads.  When I see an ad that many of my friends have Liked, I will be more likely to Like it.

At the lowest end of the funnel, lies Targeting Equity.  As a marketer, I can target Facebook ads to existing fans or even friends of fans.  This provides real value to remessaging efforts as well as fan growth based on Network Equity.