getting past the lollipops 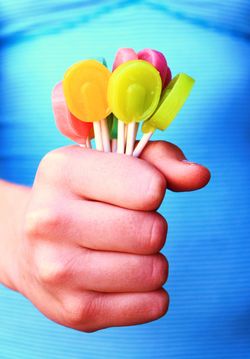 When I was in fourth grade a new kid joined the class.  As he had no friends in the class his mother sent him to school with a big bag of snacks on his first day.  As he came home excited about his new friends his mom sent him back with another big bag the next day.  Every day for a week he gave out great snacks.  For that week this kid was the most popular kid in the grade.  Eventually our teacher stepped in and asked the family to please stop sending in all the snacks.  Because as long as you're paying for it you aren't building too real a relationship.

There's an easy way to get your first million fans.  Give them something great away for free.  Run a fantastic coupon, deal, sweepstakes or promotion.  Run some PR and buy a bit of media to kick it off, and when you start paying off the offer you will see monumental fan growth.  This is true on Twitter, Facebook and more.  It worked in traditional CRM and it works in social.

As an industry this is often what we call success.  How many case studies have we seen that speak to meaningful dialogue and fan interaction and how many speak to big glitzy creative alongside a massive bag of lollipops?  And by the way, charity is a lollipop.

There's nothing wrong with a great social promotion.  But it's time to really challenge our creative thinking and content strategies to take the next steps.  It's time to think beyond the lollipops, charities and contests.  It's time to start building meaningful brand relationships around the brand promise and positioning, not just the borrowed interest.  It's time to look beyond our fan/follower numbers or contest interactivity as measures of success.

It's time to get past the lollipops.