The social marketing space is still in it's infancy.  We have learned a lot over the past few years, but we don't yet know it all.  The massive influx of talent with fresh perspectives, different backgrounds and diverse interests pose incredible opportunity for our industry.  Additionally, an influx of new talent will help us scale as an industry.  Which is why I'm puzzled when so many put down these new faces down by calling them names or complaining about their lack of experience or understanding.

These new faces have a lot to learn.  It our responsibility as the "old guard" to work together to advance our field by sharing our perspective and lessons learned, as well as being open minded to new solutions and approaches.

While it is easy and sometimes popular to point out that most people working in social media aren't experts this doesn't really help anyone (unless it's in a growth and learning context).  Putting others down doesn't make the speakers/author/blogger more impressive.  Putting others down doesn't help grow our industry, and it certainly doesn't create a welcoming and collaborative environment.

Let's try to stay positive.  If we must address the fact that many experts have little expertise, let's do so from a perspective of collaboration and learning, exploring the opportunity rather than putting everyone else down.  We all live in glass houses, and increasingly our houses are all in the same block fishbowl.

You Can Rant If You Want To, But You'll Leave Your Friends Behind 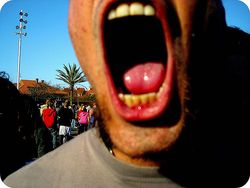 Ranting in a blog post can be a cleansing experience.  For the blogger however, it's a risky venture.  Before you rant, remember the following:

(A) Being negative rarely wins friends or improves your reputation.

(B) Being negative generally doesn't help your industry and likely won't solve your challenges.

(C) This post will likely still be live when you go to look for your next professional opportunity.  Your future management and colleagues will read this before your interview or before you join the team. They may form their own opinions of you without insight into all the great things you offer.

(D) You often have little to gain.

There is a place for a rant about the right topics and at the right time.  But I implore you to take a step back before you hit Publish.  My Posts que is full of posts that will never see the light of day.  Sometimes the things you want to say aren't worth sharing.

GroupOn Now! And The Future Of GroupOn A few minutes ago, GroupOn launched a brand new offering called GroupOn Now!  This web and mobile friendly platform is more than a new way extension from GroupOn, it's the future of the company.

GroupOn was built on an incredibly simple concept: (a) one deal per city per day (b) the deal is unlocked when a predefined number of participants opt into the deal.  This simplicity not only defined the experience and therefore their value, but challenged their growth and opened the market to competition.

GroupOn Now! promises to push the market GroupOn founded not too long ago.  GroupOn Now! promises location-based offers of multiple deals, grouped into interest categories.  This experience is flexible and multi-platform.  You can check it out for yourself in the Android Marketplace or Apple App Store.  Please note that GroupOn Now! is currently limited to Chicago.

This is not the GroupOn we fell in love with.  Where traditional GroupOn is incredibly simple, GroupOn Now! is rich.  If we do become enchanted with GroupOn Now!, it will not be because they kept to their roots but because they had the courage and foresight to make the leap.  This leap will define GroupOn's future: is GroupOn the company we know today, or the company we look to for shopping innovation moving forward?

The risks and opportunities of GroupOn Now! are often one and the same.  Please find my considerations below:

The line between Journalism and Punditry (and that's ok too)

Great journalists don't just inform, they build a bond with their audience.  Their information is trusted and their professional perspectives are valued.  While we expect journalists to remain professionally impartial, most of us know that there is always some level of partiality or bias.

Great pundits make us believe.  We know that we are only seeing one side of the story, and we are somewhat wary of bias in the facts they present.  However, their passion keep us coming back for more.  We expect pundits to be partial and biased.  We trust the pundits we trust, and we disregard the rest.

We trust both journalists and pundits when they demonstrate integrity.  Conflicts of interest challenge this integrity.  The size of the conflict directly correlates with the damage to the reporter's integrity.

HOWEVER, in today's age of always-on, everybody has a voice, 24/7 news, I rarely expect a full and unbiased story from most modern news sources.  I expect a reasonable coverage of the facts, followed and colored by compelling perspective.  This blended journalism/punditry model fuels more than just cable news, it fuels many of the best blogs on the web.  With an unbelievable number of potential sources for "facts", perspective has become a major differentiator.  And with so many voices sharing their straight perspective, some good old fashioned, transparently biased punditry often becomes the most provocative and therefore loudest opinion.  Again, just watch cable TV or track any celeb bloggers.

I regularly read both Kara and Michael's work, and I plan on continuing to do so.  Kara Swisher and Michael Arrington live in overlapping, though fundamentally different worlds.  Michael Arrington is at times an incredible journalist, and at times a compelling pundit.  As a community, we know and recognize that Michael is at times emotionally driven in his posts, and we accept this "humanity" as part of his dynamic.  This is part of what makes Michael such an interesting blogger.  While his growing conflicts of interest may increasingly color his opinion, I kind of respect that fact that he is personally putting his money where his mouth is.  Michael marches to the beat of his own drummer.  This not only defines him, but is what has made him successful.

I would never accept this same level of personal engagement from Kara Swisher.  Kara is a professional journalist.  While even journalists have some level of bias, there is a different standard.  While Kara is a "blogger" of sorts, she skews more heavier towards the journalist side of the journalism/punditry scale.  This does not mean that Kara is lacking in personality in any sense of the word, but rather that Kara brings a more refined approach to her skill.

I value both Kara and Michael's reporting as well as their perspectives.  Neither one of them is going to go away or cease to be a compelling writer based on this past week's feud.  The reality is that Michael and Kara take two wildly different approaches to a similar though not identical field.  And as an observer and occasional participant in their field, I enjoy the lively discussion.

We as an industry and as marketers have a lot to learn from this.  Not all web publishing is created equal.  Not all sources are equally trusted.  The format does not define the value of the message.  While people value the opinions of their peers and look to journalists for expert perspective, few brands fall into either category, particularly in their own industries.  I wouldn't go to HP for opinion on the best option among laptop brands.  However I may trust an HP voice (that I got to know via social media) regarding some upgrade options on my next HP purchase.  Then again, if HP only began the relationship when I was looking to buy, I may not come to them to begin with.  Integrity and trust and interlinked, but as a society, we have come to accept that a measure of bias is inevitable, and not always evil.

The divide between tactics and strategy: Value 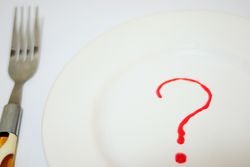 People don't care about most advertising.  That's why marketers pay money to put it in front of them.

Most brands were built for advertising and believing.  Few brands were built with conversation in mind.  This is why most of brands struggle when faced with the challenge of delivering social brand value, activating on-brand experiences and conversations.   There just isn't inherent brand social value.

In the absence of inherent brand social value, brands have tried to find ways to support people in a manner that earns/buys them the user's attention long enough to deliver a marketing message (often of lesser or minimal value to the community).  They run promotions.  They give to charity.  They support local culture.  While all of these are fantastic tactics, it is up to the brand earn the longer term attention and loyalty of their guest by delivering a brand social experience of value to the customer.  I say "guest" as a "Like" doesn't create a fan, it creates a subscriber.  Engagement creates community.  Meaning creates fans.  Engagement around a charity or promotion has a halo on the brand.  If you brand is all about charity and promotions, you're set.  For the rest of us, we have to go a bit farther.

Brand value offerings and branding overall needs to be rethought for the social dynamic.  Inherent and implicit (if not explicit) social value is the foundation of a successful social brand.  Without a serious rethinking of the brand premise, promise and platform, social is going to remain a tactic.  It's time to think bigger.  It's time to think value.

The story is familiar to many of us,

Let's break down where and why this failure occurs:

What does this mean for brands?

Social demands more than a communications or engagement strategy.  Social demands an operational strategy, defined process, and performance benchmarks.  Social demands that teams work in tight collaboration, presenting a single streamlined customer experience.  In other words, your social presence needs to operate like a contact center on the back-end, and a real person on the front-end.

The time to act it NOW

Until recently, we all had our Joe moments and went on our way.  We trusted the brand a little less, we thought less of their social offering, but rarely did our individual stories become more than personal experiences.  Some people wrote blog posts, others complained on customer complaint sites.  But the industry is catching on.

Paul Carr of TechCrunch called out a brand by name, and is amassing a content series on the topic.  As this meme gains steam, it is very possible that we may see a mainstream media backlash against the entire space, calling out and often misunderstanding if not over-hyping many of the common shortcomings of social customer service.

If you don't yet have a solid social customer service strategy, it's time to start building one.  If you recognize that you need help, find a solid partner who has experience building BOTH social solutions and contact centers.  Work with your partner to ensure that you have the right staff, training, tools, processes and benchmarks in place.

If you would like a refferal to some excellent social customer service strategic consultants or technology solutions, please feel free to email me directly.