Great innovation delivers beyond the expected.  This is the magic that has defined tech and media revolution over the past decade.  But when we know what to expect, when are no longer amazed.  Whether it's a new phone or a new social technology, we anticipate, we revel in disruption.

But the greatest value big tech, big data and new media can bring is to raise our expectations by anticipating tomorrow's need.  We were amazed by Siri when the virtual assistant appeared to understand what our natural language.  We were amazed by Google Now when Google promised to anticipate our upcoming queries.  The next generation of tech is not going anticipate our next question, but answer our question before we consciously ask them.

Anticipation is going to be a big word.  It's where big data is going, it's where mobile and social data are heading and it's what wearable and always-on technology will enable.  Anticipation.  It's a big idea.  It's bigger than any of these trends on their own.  It's our future.

And then there's this: 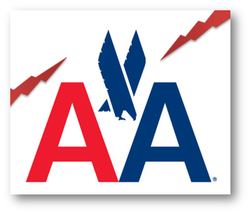 American Airlines is getting hammered in the media, Facebook and Twitter for reportedly blocking a teen with Down syndrome and a first class from boarding the plane.  This story is close to me personally as much of my family spent a good deal of time working with this population.

From a less emotional perspective however, this is clearly a tough call.  What should American have done?  According to the NBC report, the airline reports that the passenger in question demonstrated questionable behavior prior to the flight.  The pilot became concerned and made the call not to allow the potentially disturbing passenger onto the plane.  It's a sensitive area, and there is no good answer.  The airline would have been dinged if they allowed an unstable passenger to board first class, and they are sure going to get it from the public now that they made the call.

What can American do now?

Firstly, American needs address their public directly and honestly.  Opening a social media channel creates a social contract with the community that cannot be discarded at their convenience.

Strategies for participating in these delicate conversations take time to develop.  The community does not appreciate nor do they understand silence.  American should openly and honestly say that they care deeply about all of their customers and will report back to the community with their findings and action items.  Set a timeline.

Nobody cares for corporate statements.  Looking right to your management but failing in the eyes of the community is a business communications failure and will be seen as such in the long run.  Even if you were right, eat a bit of humble pie.  Showing the world that you are human and that you care will make you relatable and sympathetic.

You won't win over an angry public by engaging every one of them individually.  Activate your advocates by presenting a reasonable response and demonstrating your desire to do right both today and moving forward.  Don't ignore your public, but don't get into a conversation you cannot afford to scale.

Give Us A Reason To Believe

Make your action plan real.  Don't let it happen again.  This is the greatest reason for your community and your advocates to believe, to advocate and to continue to patronize your business.

UPDATE: American "replied" to this story using the Notes feature in Facebook yesterday.  This is poor usage of the platform.  Notes are rarely broadcast to fans and have minimal visibility on brand pages.  There is little point in replying if nobody knows you are doing it.