Is this a problem for Coca Cola? 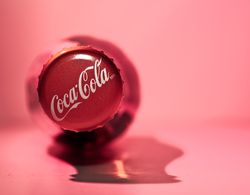 Not everyone is going to like you. If you are a big B2C business, there is a good likelihood that many people will flat out hate you. And that's ok.

Coca Cola has billions of fans around the world. Their global market share can be measured in terms of the total human population. Coke sells dozens product that people enjoy. These products generate strong revenues. And when over-consumed by an increasingly sedentary public, many of these products can lead to health issues.

An increasingly health-aware public is speaking out about the dangers of some of Coke's product, with seemingly little effect on popular consumption.

How should Coke reply to this video?

Firstly, let's look at the numbers behind this video and risk it poses to Coke.

Though the publisher has blocked detailed YouTube statistics, we know that this video is 6 months old and has just over 1.25 million views. This video was featured on UpWorthy, but UpWorthy doesn't date their posts so we don't know if this story is fresh. There are 1,388 comments and 4500 up votes to 350 downvotes.

This video may be provocative but it hasn't yet taken the world by storm.

The Risk / Reward of Engagement

People who are strongly concerned about the healthfullness of soft drinks are unlikely to consume Coke's flagship product. No level of Coca Cola engagement will change their minds.

The core risk to Coke is (a) that this video sparks a larger social dialog and (b) that repeated exposure to this video could persuade casual buyers to reconsider purchasing Coke or Coca Cola brand products.

Given the relatively low engagement we have seen around this video, meaningful engagement from Coke would likely invite broader dialog. Coke has little reason to directly or conversationally engage at this point.

Looking to the Future

Whether through this video, or some other rallying cry, the soft drink and snack food industries are going to have to answer to the public regarding the salt, sugar and fat content in their products at some point over the next few years. There is no better time than today to begin telling their side of the story.

Coca Cola, Pepsi, Kraft Foods and the other generally have strong and truthful stories to tell. They sell a variety of products and have all made serious investments in sugar free, low sugar and low calorie offerings. As a profit-seeking business, Coke (as well as others) offer products that people want to buy, and want their purchasing public to remain loyal, healthy consumers for a long time to come. Having worked with or alongside marketers at all three of the above mentioned companies, I can tell you first-hand that they are honest, well meaning individuals.

While I would not advise Coca Cola to reply to the above video in particular, I would urge Coca Cola and others to invest in continued good-will education and communications around product diversity.

Regulators and lawmakers can pour money into enforcement, but people will continue to act as they desire so long as the risk/reward payout is worth the effort.

There are laws we must keep on the books because by giving in we lose our integrity as a society.

There are penalties we must escalate in order to escalate the risk of endangering society.

The greatest challenge facing tomorrow's society will not be poor legislation but a poorly educated public. With the power of online conversation, we can and must rise above the black and white of network journalism and learn to embrace the gray. The public must learn to distinguish between safety and security, between privacy and anonymity and between personal safety and economic enforcement.

In the digital era, lawmakers will learn to look to the collective for our input, and learn to fear our wrath.

We have the tools to overcome all of these challenges.

But it's going to mighty shaky as we learn to adjust to these new realities.

Is the marketing world prepared for the PRISM backlash? 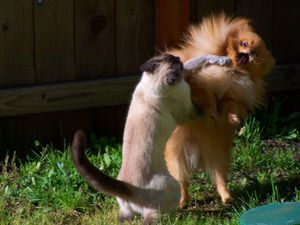 There is a world of difference between safe, anonymous third party cookie tracking and warrantless governmental intrusion into your online life. It’s time that we, the digital marketing industry invested in telling this story.

Last week the world learned of PRISM – a US federal initiative that reportedly uses backdoors at major online companies to monitor our private data and conversations - without a warrant. The public outcry at this alleged violation of our personal privacy has been spectacular. While there is still much about PRISM that we just don’t know, the public is now more invested than ever before in online privacy. The digital industry had better be prepared to address privacy concerns head-on. Because the storm is coming our way, and fast.

The average person on the internet knows nothing about third party tracking and targeting. The very idea that there is a third party that is tracking our online behavior feels wrong. It feels invasive. But in actuality this is both old news and benign. Online tracking is nearly as old as the world wide web. And it only feels invasive because as an industry, we have failed to keep the public up to speed with our advances.

There is no material harm in anonymous third party tracking and targeting for targeted media. A computer that has no idea who you really are, is matching you (the reader) with ads the algorithm believes will be the most relevant. No one really knows who you are.

This tracking is in place to help you, the reader. These third party anonymous tracking solutions allow online service and content providers to offer better on-site experiences to users and more relevant advertising to us, their users. These technologies allow sites to recognize you as a user, remembering which links you have clicked and store your login data so you don’t have to log back in every time your visit from your home PC. On the revenue side, these targeted advertisements generate the revenue and profitability that allow Google, Yahoo, Hulu, Facebook, Twitter and MSN to continue to offer their content and services to us for free (or at a lower rate).

Mainstream marketers are not violating anyone’s privacy. But for an industry built on communications, we sure have failed to educate the public about the benefits of safe tracking, and the differences between safe and unsafe tracking.

There are three simple rules of safe tracking

The latest PRISM reports allege that the government prove all three of these principles.

We, the marketing community, need to educate the public about safe online tracking and fast. Or the tidal wave of public concern that is hitting the US Federal Government is going to wash right over the industries we have spent the past 20 years creating.