The magic of waiting

There's something magical about waiting. A great pause makes a punchline twice as funny and a 1/2 note rest makes an epic song that much more powerful. Personally, I was never one to appreciate the pauses in my life. I never enjoyed waiting. Until this week.

At the end of this week, my amazing wife Rina is expecting our third. For the past nine months we have been watching and waiting. We had the usual scares and concerns, all of which naturally turned out to be nothing to worry about. And now, we're just waiting.

I hate the waiting. I hate the uncertainty. It's emotionally and physically draining. My knees are sore from tensing up every time my phone vibrates, waiting for the message that it's time to come running. I hate not knowing if tomorrow will be the day.

But I love the anticipation.

New beginnings allow you to re-see and re-appreciate all the amazing, wonderful things you forget to celebrate.

To our newest addition, thank you for making me wait. I can't wait to meet you.

Where have all the social media guys gone? 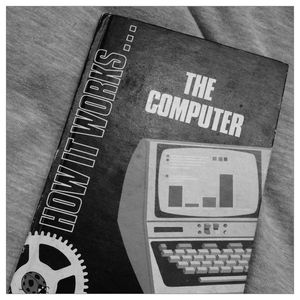 7 years later, the hypothesis we posited has finally been accepted as truth. Social media is a tool for marketers and businesses. It is a channel that overlaps and connects with most other business and communications channels. The mainstream businesses that "own" the mainstream channels have learned how to deliver the social solutions the market demands. The overwrought hype has predictably turned out to be nothing but hype. With the rise of commoditized social services and common social platforms, the pace of innovation has slowed. Social marketing start-ups have either merged, failed or joined mainstream companies. And the social media thought leaders have largely moved on.

Back in 2009, everyone and their brother had a blog, a podcast, an active Del.icio.us feed and a FriendFeed account. Most of those blogs have gone dark. Hell, my own blog is far less active than it once was. Most of the thought leaders have gone on to more mainstream positions, leading digital, strategy, communications or innovation for large, established companies. And a few have even formed their own companies, serving mainstream corporations with tried and true services.

Social media marketing has gone mainstream. We've learned the fundamentals and we understand the challenges and opportunities. Social is now a core part of business as usual, particularly for those in the communications field.

Like most mainstream communications channels, users believe that they know what to expect. And there is nothing better than an unsuspecting public for a great creative mind. When people's guards are down, the doors are wide open to creativity, to the magic of the surprise and delight.

The future we spoke of is finally here. Maybe that's why we've stopped talking about it.