one step success: be remarkable (kudos to Godin)

These kids' videos have been viewed over half a million times.  They seem to know something about being remarkable that million dollars MBA led brands don't.

With all this talk around ad supported free downloadable content and it's impact on digital pirates, we may have lost site of the fact that video piracy isn't anything new.  It's been at least 30 years and the industry still hasn't solved this issue.  From the looks of it it's getting bigger and better.  Is there no end in sight? 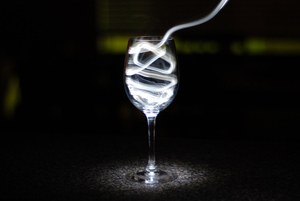 So this week was certainly fun and exciting!

Hulu recessed  back into their silent hole, Microsoft launched SilverLight, Veoh continued to challenge the wall that is IP content distribution while IP ownership began to bight back.  HP entered the IPTV market, Steve Jobs screwed everyone, then broke his own code of silence by giving the community a make good.  Vudu launched what is being called the first direct to TV digital download set top box, and Ogilvy released a Blogger Outreach Code of Ethics.

So it's finally Friday and it's time for a story as told by leading viral videos!

Do you ever wonder what traditional media execs must be going through?  Think of their day to day business as: having a million baseballs thrown at them, all day, all the time.  Their world is turning upside down, and continues to evolve on a daily if not hourly basis!

At a certain point, new strategies will be crafted.  Some will adapt, some will shift, many will fall into the pool.  Traditional media isn't going away, traditional thinking is.

Innovators will innovate, revolutionaries will continue to push the envelope, and all the while the smartest among us new media people will be bridge building, sharing, moving forward.  Looking at the week to come, how will you take an old dog and teach her new tricks?


I know this may not be very 2.0, but I would like to propose that rather than just beat up on traditional media (which is admittedly, addictinginly fun) we work together - providing guidance,  collaborating to help move this hundred year old mammoth of an industry forward.

Keep on trucking,
keep on dreaming,
the future is going to be here before we know it.

the blondest blond & most teenage teen in all the land

So, it's been a long week and I's like to wrap up before the holiday weekend with a little something-something that doesn't contain the word 2.0 or Hulu.

I'm sure that by now many of us have seen the incredibly hilarious / embarrassing video from this past week's Miss Teen USA Pageant (if not see below).

What would you do if you were in her shoes?  As a teenager, I probably would have acted like I didn't care, then found a way to craft a business around it - probably doing local commercials and sponsorships, but that's just me.  And while I made money off of my own shame, I would have acted aloof, as if I didn't care, all the while kicking myself for saying something that mind-numbingly stupid LIVE ON NATIONAL TELEVISION.

Well, this beauty queens chose to go on live tv for the second time in what is clearly (note the sarcasm in my voice) an unscripted bought of banter.  Check out both videos below:

swing and a miss

The Second Time Around

So what do we say?  Can we give this girl a break?

What if you were her interviewer for college, for a job?

How do you make Office Max Back-to-School ENTERTAINING, timely, relevant and compelling around  school supply shopping?  By offering a contextually irrelevant video!  The Escape Pod took on this challenge by creating Punk'd for high schools.  You have to see it to believe it, and while I found this a bit drawn out and inane, I'm not exactly in their target market. The MTV TRL crowd may find this highly entertaining, if the success of their teaser video is any indication, they may have a success on their hands.

How this ties to Office Max and offers relevant context for back to school shopping is beyond me, but the experiment is certainly creative if not innovative!  Thoughts?

The iPhone... where do we go from here? 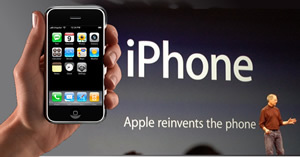 By now we've all seen the hype and read the reviews.  The iPhone is here to stay.  Consumer perception has been forever changed, and consumer expectations will only grow from here.  While it is true that the iPhone is not the end all and be all of mobile phone based computing (props to my coworker Monik Sanghvi for making this point), it has revolutionized the way consumers view the mobile industry.

In the past - our phones were just that, phones.

Nothing really too innovative to report there.

This is why we care more about connecting to our existant digital identities - social networking, email, instant messaging, YouTube etc. - than forging new ones (compare MySpace, Facebook and Friednster to any MOSOSO, point made).

In the future - our phones will be mobile devices that feature a dedicated voice application.  Rich data usage (beyond email) will be a primary focus of the device with VOIP or another similar protocol featured.  Marketing and messaging will reside on the mobile platform much as it does on the current web.

(more on this in the weeks to come as part of the Future Visions - Outlooks series - tentatively named, we're also considering NewCo, NewSite, NewPost or NewThoughts)

So where do we go from here?  I believe we all recognize that the iPhone is the next step in a new evolution/revolution. The revolution was simple.  Before our phones sucked.  Now they have the ability to rock, or perhaps more importantly, now we really care that they rock.  Take a look back at the old pre-iPod hard drive based mp3 players.

I had a couple them.  The design stank like bumpers in a ranky bowling alley (and the design on one of my players actually looked like that as well!  Anyone remember the Archos Jukebox?).  The iPod made portable mass storage and playback of music fun, sexy. simple and stylish.  Apparently they've now done this to the phone.  Now my current phone - a Motorola SLVR L7 with 1 gig of storage, hacked to play passable video and iTunes - looks like a piece of junk.  I'm sold.  I want the iPhone.  So where do we go from here?  How do you make the newest, hottest item even better?

Firstly, by listening to consumer complaints.  For a $600 price tag lets jack up the storage to at least 16 GB, which is totally doable in flash.  Secondly, lets speak to consumer tastes, wants and desires.  Lets build an iPhone for each market segment (within reason).  Lets build a $150 iPhone Nano with two gig of storage and slightly limited functionality.  Let's build at least three base models - much like the current iPod, with a few variations or upgrades in each model.  Let's embrace the web and offer true 3G access speeds.  Let's work to integrate existent digital consumer behavior into the device.  Let's face it, most of us (business users) would like to replace our Blackberries with something like berry and more pod.  Work with (insert drumroll) Microsoft (shouts of horror) to build an Outlook compatible utility.

Consumers recognize the importance of good design.  Apple is great at design.  The introduction of Boot Camp opened doors for both Mac and PC users.  Lets open up the door to mobile and embrace the future.

And if we do, who knows, consumers might even want a taste of something a little more like the iPhone in their mainstream computing lives (see video below). 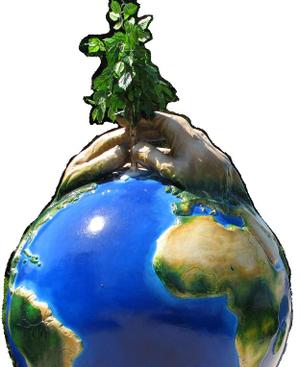 Viral Viral Chart (www.viralvideochart.com) has been one of my favorite time wasting sites over the past   couple of months.  This site tracks videos as they spread across the internet in a manner similar to a meme tracker.  Perhaps the most interesting trend is the global reach of many videos.

Take for example, the incredible viral traction gained by Britain's Got Talent earlier this summer.  During it's short two week airing this show gained tremendous traction, becoming the leading viral videos on virtually every video sharing site.  Whether it was Paul Potts singing opera or little Conny singing Somewhere Over the Rainbow, these clips became buzz leaders across the globe.

Perhaps the second most interesting clip segments were from a Japanese Game Show commonly labeled Human Tetris.  I would posit that not understanding Japanese makes these clips even better.

And perhaps the most obscure and most popular of all, the dramatic chipmunk!