Are you listening to your customers when it matters most?

Smart marketers appreciate the value of social media. You tune into the latest industry chatter, engage with customers on Twitter and monitor social media for mentions of your brand. Listening to customer conversations about your brand or business yields incredible insights into your customer’s needs and passions. Unfortunately, many marketers are only listening to their customers with half an ear. While they focus on public social media chatter, they often forget to listen to their customers when they are most invested in their business – while they are on the brand’s website.

Getting Started
It has never been easier to impact your bottom line with customer feedback. Contact Kampyle's Success Team to learn just how simple and powerful customer feedback can be. We look forward to speaking with you!

Originally posted on the Kampyle blog.

Gaining user clarity by blurring the lines between marketing, product and UX

In the traditional paradigm product defines the core value, marketing sells it and a UX lead designs it. I'm not sure this is the most efficient or effective dynamic.

The focused disciplines of product, marketing and UX were born of a desire for efficiency and a focus on product. But what if we redesigned our teams around the user?

Great marketing, great product strategy and specs, and great design are all born of the same core insights and the same promise to the user. From the user's perspective the pitch, the product experience and the product value all combine to form the brand or product impression.

What if we blurred our expectations of our teams, of our team members and of our recruiting prospects? What if we expected marketing to contribute meaningfully to product discussions and turned to UX leads when considering outbound messaging strategy? This wouldn't just about information sharing, but creating an environment that fosters cross-disciplinary thinking and cross-disciplinary leadership.

Our users experience our brands and products as one continuous entity. Why shouldn't we organize our teams around the users they serve?

Over the past 24 hours the web has been abuzz over Facebook's latest blow to brand publishers: a new algorithm that will demote many posts from brand pages. The industry has been portraying this as the latest blow from Facebook. They couldn't be more wrong.

This isn't social-first content or Facebook exclusive-content. It's about consistently meaningful content, 365 days a year. It's about more than a content calendar, it's about creating the brand story that has the legs to fill all 365 days with great content. And inviting your community to join the ride. 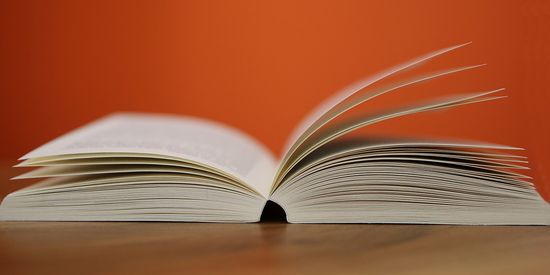 The industry press is replete with coverage predicting the fall of the book publishing industry. I disagree with this bleak forecast. But in order to stay alive, publishers are going to need to think beyond print to digital conversion. Book publishers must learn from television's tough lessons learned: the value of relationships, the economic potential of subscription and ad-sponsored distribution, the power of episodic content, binge viewing and the allure of free.

While major book publishers struggle to combat Amazon's hold on their industry, they have failed to deliver a meaningful alternative. The book publishing industry needs find their inner Hulu, and create a powerful new digital platform that can leapfrog the market stasis that has long defined their struggle.

I consume most of my books on the go, listening to them through Audible's Android app. But Audible is far from an ideal platform. Audible demands either a monthly subscription or retail-like per-book fees for their audiobooks. And while Audible is one of my favorite apps, it is frustratingly limited in it's vision and scope.

I want an Audible-like product where I can:

With only one player in town, the audiobook space is ripe for competition and innovation. And if leading publishers fail to fill this void, someone else will.

Stepping Up to a Better New Year 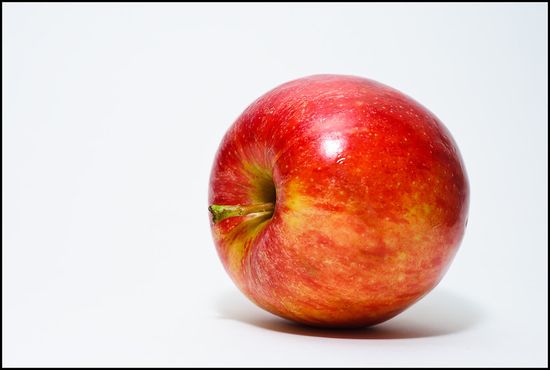 Once a year I sit down to think about the last year, and make my goals for the next. This past year was a roller coaster. We kicked off the year with the birth of our third son. This was a particularly special moment for my family, as he was the first "Burg" born in our homeland in what was likely around 2000 years.

But this year took a different turn as we approached summer. It began with the news that three of our boys were missing. Over the weeks that followed, I understood for the first time what it meant to be part of this great nation. Strangers gathered together in prayer and acts of kindness. As a nation, we collectively held our breath and hoped for the best.

But our nightmare became a reality. The bodies were found. And then the war began. For the first time in our lives, my family found ourselves running for bomb shelters as rockets flew overhead. For week after week, we kept our ears tuned to the sound of the sirens as we shared our collective anxiety, fears, pride, dreams and the pain of loss. The cost in human lives and suffering was unbearable. And as we pick up the pieces, I'm not sure we've really moved forward or set ourselves up to prevent further tragedy a few years down the line.

This past year was not an easy one.

Here's to a new start. Here's to always appreciating the little things, and never letting the big things weigh us down. Here's to a sweet, healthy and happy new year.

Why are we taking the Ice Bucket Challenge? We've all seen the videos and most of us have already taken the plunge. Why?

I'm sure marketers are already hard at work trying to duplicate this remarkable phenomena. Most will fail. Because before we can consider the How we must understand the Why. In this case the key Why is:

Why are people participating and sharing for a cause with which they did not previously affiliate? 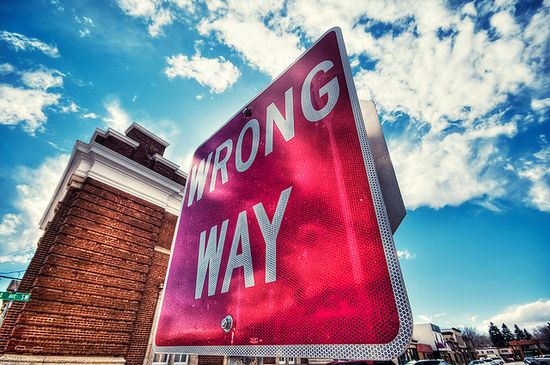 Social media is an incredible resource for learning the latest news and rumors. Unfortunately, just because something is trending on Facebook or Twitter doesn't make it true. And when we share inaccurate stories, we further obfuscate the truth.

Below are three basic criteria that will help you determine what is fact, what is fiction and what lies somewhere in between.

Is this information coming from a reputable news source? If you are unfamiliar with the source, don't trust or share the article until you have verified this information with a trusted source.

Don't share anything based on a headline or picture alone. Read the article before passing it on. If the author is only quoting random rumors on Twitter, then it's just a rumor.

The same goes for infographics. Just because someone put text over a map or a picture of a politician, doesn't make their claims or quotes any more accurate.

Most news content has an expiration date. If this article is more than 24 hours old, do a bit more research before sharing.

Perform a Google Image Search on that image before sharing. If CNN used that image last year, it couldn't possibly depict today's tragedy.

If you suspect a story is untrue, search Google News for corroborating news from trusted sources. If no reputable sources are confirming this story, it's likely too fantastic to be true or possibly too fresh a story to be confirmed.

Three ways to follow along with Israel from home

The scariest part of any war is the unknown. Here are the most reliable, free digital tools and resources that you can use to follow developments from Israel, no matter where you are in the world.

On a personal note, we are all doing well. We appreciate your messages, your support and your prayers. Please keep them coming.

For those who have asked, here's...

How we are staying safe

Like most homes in Israel, we have a fortified "safe room" that doubles as my home office and a spare guest bedroom. Our safe room is fully stocked with a computer, an iPad, a couch, bottled water and treats for the kids. When a rocket is inbound, loud sirens go off in the targeted city or region. As soon as the siren goes off, we pack everyone into my office, close the door and entertain the kids while we check the news. Within a minute or two, there is usually a report that Iron Dome has successfully intercepted the inbound rockets. After 10 minutes, you go back to life as usual. My kids schools and my office also have safe rooms.

The kids are doing fine. Ari (aged 6) gets annoyed when he's woken up and night, Ovadya (3) sleeps through everything and Shai (6 months) doesn't like being woken up. Though we are naturally concerned, we are safe and well protected.

Living and working in the center of the country, we have it relatively easy. Whereas we have 90 seconds to get into a safe room, residents of southern Israel have 15-30 seconds. And whereas we see a siren or two a day, they see sirens quite regularly.

People here are going about life roughly as they usually would. Many cities in southern Israel have built rocket-proof play areas for just this scenario. Those in the center and north of the country may not be spending quite as much time in large public parks where they would be far from shelters - but schools, camps and offices are generally operating with minimal interruption. Israeli have a wonderfully dark sense of humor when it comes to war. From jokes about the rockets being unable to find parking in Tel Aviv to hilarious bomb shelter selfies, we do what Jews to best - cope with it and get on with our lives. To quote a friend, The startup scene in Tel Aviv is really booming this week.

And amidst all this chaos, my big brother and sister-in-law had a beautiful baby girl. Mazal tov. May she grow up in a world that is free of this insanity.