Don't you love the crook who is so stupid that he practically gives himself up?

A View From The Isle posted about someone who stole a laptop, then uploaded a picture of himself to the laptop owner's flickr account.

This my friends, is great material, you cannot make this stuff up.  If you recognize this man (to the right) please email Bill MacEwan at info AT workspace DOT com.

A few years ago my wife was studying abroad when her cell phone was stolen.  On a whim, she borrowed her friend's cell and sent the following message to her (stolen) phone:

Who are you and why did you steal my phone?

To her amazement, she got a call minutes later from a local police officer.  It so happened that the local resident who stole her phone could not read English, so he asked a nearby stranger to translate the sms message for him.  This stranger happened to be an off-duty cop!  My wife got her phone back later that day.

If you've got a story of world's dumbest digital criminal, please share!

update: just found this goodie over at CrunchGear

... a UK man sent a text message to what he thought was his pal’s phone number. Turns out, the phone number had been switched over to a State Policeman’s account. The officer received a text from 19-year-old Joshua Wayne Cadle, asking if he “wanted to buy some reefer”.

The officer, in fact, did not want to purchase the aforementioned “reefer” and promptly did some detective work and tracked down the teenager. No word yet on what charges he faces, but you can be sure he’ll take into careful consideration who he texts for drugs next time around.

Apple: getting it right... kinda I sold you an overpriced gadget that may or may not be the best thing since sliced bread.

I then issued a $200 price cut just two months later.

But fear not... for I will give you a $100 rebate in iCash, that is - money you can spend on my iMerchandise at any iStore.

Oh "And One More Thing" - Love me.  For I did not need to give you this refund, but I love you because you love me, so enjoy this iGift of gifts.

Honestly, does anyone out there think early adopters aren't going to jump on his next overpriced piece of iGadgetry?  Will anyone out there wait for a month, or two, or three - to buy the next iPhone (now with a can opener!)  ?

Sure, waiting might save you a buck, but after all, Isn't being an early adopter about being the first? 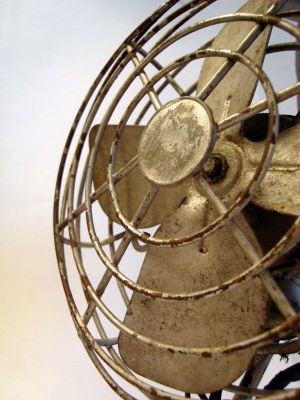 Yesterday he posted this comment regarding the Quechup fiasco:

"...And it's going to get worse tomorrow when lots of people in the US get back from vacation and start accepting and starting another whole round of spam."

And behold... it is coming true!  It has gotten to the point that I've had to send out a department wide email across all of our offices warning them against joining Quechup.

This is not to say that I'm getting too many invites internally, but I know I am in a few too many address books over here, and if I get another piece of mail from these people, I think we're going to have to start signing up their executives for SPAM. spamming your way to success 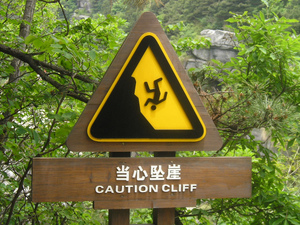 So Quechup spammed everyone.  (link courtesy of Digital Hive)

And I don't know about you, but I don't think too many of us would even consider using their service.

ON A HOLIDAY WEEKEND, they flooded my inbox with spam or the worst kind: spam that uses the names of those I trust and respect.

So if you were Quechup what would you do?

OR you could jump headfirst into the deadpool.

Chances are this will happen anyway (unless you have an exceptionally  amazing  product), and doing nothing is a surefire way to speed up this process.

But that's just me, what about you?  Any thoughts?

What would Quechup have to do to get you in the door?

real meaning - giving what your selling 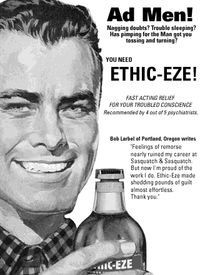 As marketers our goal at the end of the day is to sell.

While we try to utilize ethical techniques, the underlying ethic of the position of marketer is a question on it's own.

Why do we sell?  Is this truly good for the consumer?  Will this make them happier, more complete more human?  It is up to the consumer to determine both how they will use the product and how they allow product will impact them (both in it's usage and the resulting reflective personality images), but is it really fair or honest for marketers to build associations between grander dreams and simple products?  Nike sells movement, Hummer sells power, the armed forces sell achievement.

Everyone tries to sell happiness, satisfaction, good feelings.  Maybe this is why Going Green works.  We as marketers, are associating our brands with a TRUE feeling, a true emotion.

Is this what we mean when we demand truth in advertising? 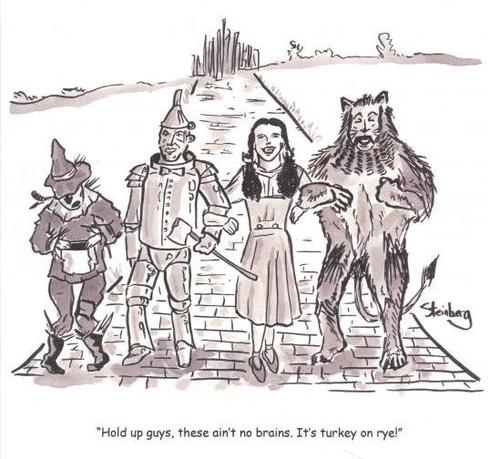 Props to Guy Kawasaki for turning me on to Life Remix, a great site with some insightful articles. In todays world of flogs, advertiser-driver poor-quality consumer-generated content, imitation consumer generated video and guerrilla marketing, it often pays to take a step back and examine our own practices.

We all like to beat up on the unethical practices of floggers, and this is a practice that we as an industry need to highly encourage, it's keeps us honest.  But beyond OMMA and WOMMA, where do we draw our own lines in the sand?   How do we as an industry, as a collective of individuals, build a better, safer, more trusted and more reliable industry than the one we are quickly replacing?

At what point would YOU take YOUR NAME off the door?

Leo Burnett was a brilliant visionary, but more than that, he lends an interesting perspective to the many of us breaking into the New Media World.  Perhaps more interesting that the values he presents, is the emphasis he places on his own personal pride.  His name is his value.  Much like modern day bloggers, he viewed his name as his brand.  In the video below he outlines the values he believed his brand stood for.  What are your values?  Would you leave if these values were compromised?  When would you want your name taken off the door?